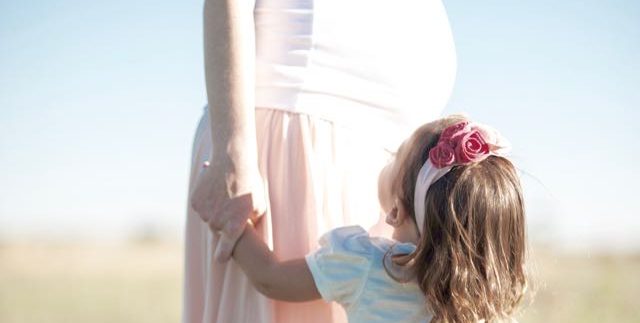 Light bulb moments are fantastic. Sometimes they cause you to never see the world the same again. I was curling my hair when I had my last one. And I’ve been changed ever since. That sounds quite dramatic, and in one sense, it was.

My newfound realization began when I was planning out my schedule for the next year. With the flourishing church I attend, and because I am married to a pastor, there are a bazillion ways I could spend my time in ministry. Being that I wanted (and still want) to do great things for God, the most obvious way to determine my schedule was to add to my already full ministry roles, fill up my “plate” more, and take on more responsibility. And so as I was curling my hair, I was brainstorming the options.

This ambition had potential to be good and godly. God’s word makes clear we need to actively serve in our local church (See Romans 12:4-8, 1 Cor 12: 7, 1 Peter 4:10, etc.). Not being an active serving member of my church was, of course, not an option. But nonetheless, there was a flaw in my thinking…

I was failing to realize God didn’t need me to do any of those extra tasks. A lot of it was just stuff I wanted to do.

In fact, whatever God desires to accomplish, he could make it happen in any way, and he could use anyone. If I didn’t say “yes” to another role, someone else would, and the job would get done.

With those thoughts brewing, the light bulb officially turned on. There were a lot of extra things I could add to my schedule that just about anyone could do… but I was forgetting there was a particular job that was meant especially for me.

I began asking myself, “Who is going to be my daughters’ mother?” “Who will raise my daughters to be godly women?” “Who will be the mother in their memory whose life urges them to follow Christ?”  Not just anyone can sign up for that role. Sure, if I die, they can learn from a new mother – but this position is only filled by one – and right now, that’s me. I had a lot of ideas that took me out of the home, but I was failing to see the great value in working extra hard in my home.

In that instant, I knew I needed to step up my game as a mom. While I was being drawn to activities “out there” to find “meaningful” ways to busy myself; plenty of meaningful work was waiting in the other room where I could hear the chattering of 4 little girls.

Your Claim To Fame

I am always encouraged by the example of the Proverbs 31 woman. Verse 29 says, “Many women have done excellently, but you surpass them all.” She sounds like a woman who accomplished great things, and more importantly, pleased God. But, think back to what you know of her… she was a God-fearing, hard working, kind, trustworthy wife who served her family with excellence. In the end, her husband praises her, her children praise her, and God’s word says she deserves public praise (Proverbs 31:31). Note that this woman wasn’t out there making a name for herself. She wasn’t over committing to busyness “out there.” Instead, it seems, she was very busy in her home.

Times have changed. We no longer find ourselves sewing all our linens (Proverbs 31:13) or buying our food from distant lands (Proverbs 31:14), or doing a hundred other time-consuming tasks women used to do. Perhaps we have more time to add extra stuff to our lives. Nevertheless, Proverbs 31 shows us that God lifts up a woman whose primary claim to purposeful work is taking care of her home and family.

That means for every child you have in your care, you have a plethora of meaningful work right in front of you (not to mention plenty to do as a wife and keeper of your household).

Maybe doing “more ministry” is not the thing you turn to, to fill your time. But often, there is something that sounds a bit more desirable, a bit more meaningful, maybe a bit more “glamorous”. Those ambitions may be fine and good (and may even be godly and necessary) but make sure you are not pursuing them because you don’t value your work in the home like God evidently does.

So yes, let’s be ambitious;  Let’s desire to serve God, and let’s make sure we are involved in ministry. Let’s be productive women. But let us also be women who seize the opportunity to invest in these souls entrusted to us in such a way that only a mother can. Let’s be ambitious, hard-working, godly mothers who value our role like God does.

Last week, Leslie Linstra gave 5 great tips to maximize discipleship when you are sending your kids to a private school (If you missed it, you…