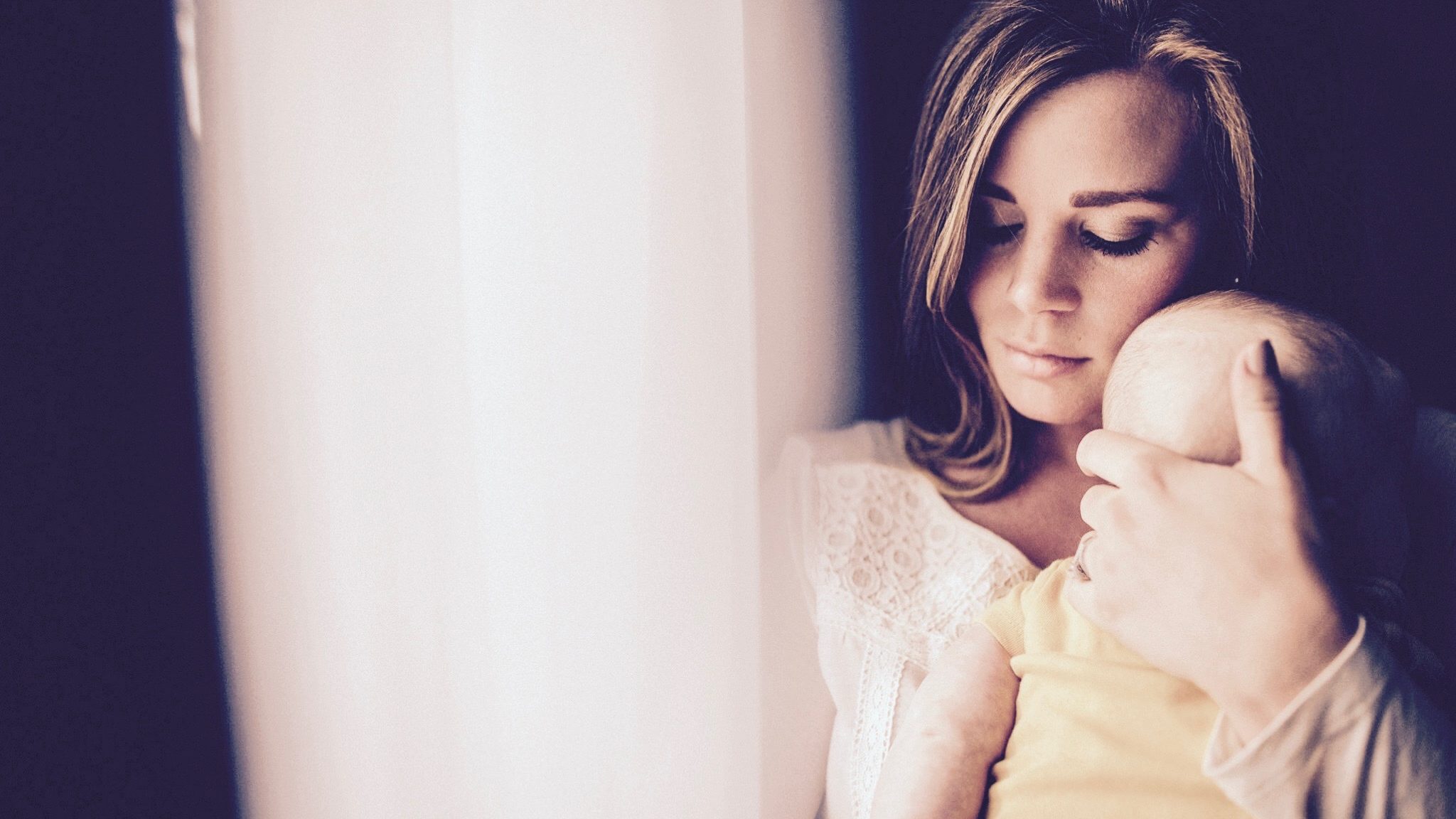 I just finished reading a friend’s yearly update letter reporting an almost miscarried baby, and an incurable disease her 4-year-old has…while waiting for updates on a hospitalized niece with a serious infection…during this day in which I am home caring for my child that was recently diagnosed with Strep Throat and Scarlett Fever (who knew Scarlett Fever was still going around?!). At moments like this, I am reminded, life is fragile.

Today it’s an infection, tomorrow it might be a broken bone. In a week or so it will be a new virus, and soon after that, it will be a different frightening incident. And with each and every one of these inevitable difficulties, the outcome is uncertain. Sure the odds are it won’t usually result in terminal illness, continued suffering or death; but fear can quietly creep in and remind you, “this might just be the illness that leads to the unexpected complications…that leads to…” And when your mind goes there, you need to have truth to steer you in the right direction.

You know exactly what the needed truth is. You have heard it 100 times. God is in control. But have you allowed this reality to impact how you respond to scary possibilities? Really think about the fact that there is NOTHING outside of God’s sovereignty. Not even the misdiagnoses the doctor gave that allowed your child’s sickness to get worse. Not even the mistake you made by not taking your child to the doctor soon enough.  And not even the failure to notice your child’s abnormality that turned into a serious problem.  There’s no wrong choice you made, or someone else made, that was outside of God’s control. God saw all those events, he knew they would happen before they did. He knew what the outcome would be (or will be). The bottom line is, he could have stopped it, he could have changed anything, and he chose not to. What you are experiencing is not an oversight on God’s part.

Imagine how Joseph (the guy who’s brothers conspired to kill him, but instead sold him like a slave) felt when he was being carried away by his captors.  It had to seem like an uncertain, and a potentially frightening outcome was looming. I imagine Joseph was tempted to ask God why he would allow things to get to the point they were at.  Now of course we know the whole story. We know God not only allowed this difficulty, but it was a part of his perfect plan to eventually rescue his people. In Genesis 50:20 Joseph declares to his brothers, “As for you, you meant evil against me, but God meant it for good…” Even when people were downright evil and sinned against the man, God was in control, working out his perfect plans.

So how does that relate to you today?… To your child’s problem right now? Or to the health issue that will arise next month? In so many ways. It means God is using everything, including suffering for his plans. It means we can trust God even when the outcome looks bleak. It means pain and difficulty might come, but God is still in charge. It means that if it was a part of God’s plan that your child deal with this problem it would have happened no matter what you would’ve, could’ve, should’ve done yesterday.  It means we need to work to broaden our perspective and affirm that God is working things out, his way, in his time,  whether or not we understand it. And most comforting, it means that if God is able to orchestrate a family drama in history for the good of his people, he has all power to do whatever is best today, for your child. You can trust him, he is still on his throne.

Lord God, forgive me for any lack of trust I have had in you. Remind me that you are in complete control. Remind me that you know what’s best, and you have all ability to carry it out. Help me to submit to your plans, rather than demanding mine become reality.

Lord, I ask for health and safety for my children. But Lord, I ask that you would help me have faith in you when unexpected trials arise. Help me remember that regardless of any outcome to any difficulty, you are a good God, who has good plans, whom I can trust.

EVERYONE Needs Me at the Same Time

Craziness. Everyone is either asking for something, needing something, hurt, complaining or fighting. Therefore I am pulled in at least 5 directions….1 demand (or more) per…

Comparing yourself to other families usually isn’t beneficial. We all have different strengths and weaknesses — and realistically we only know so much about how life…

The 10 Minute Routine Every Mom Needs

In my opinion, the moments after walking in the door after an outing are the craziest. I imagine this changes as children get older. But for…