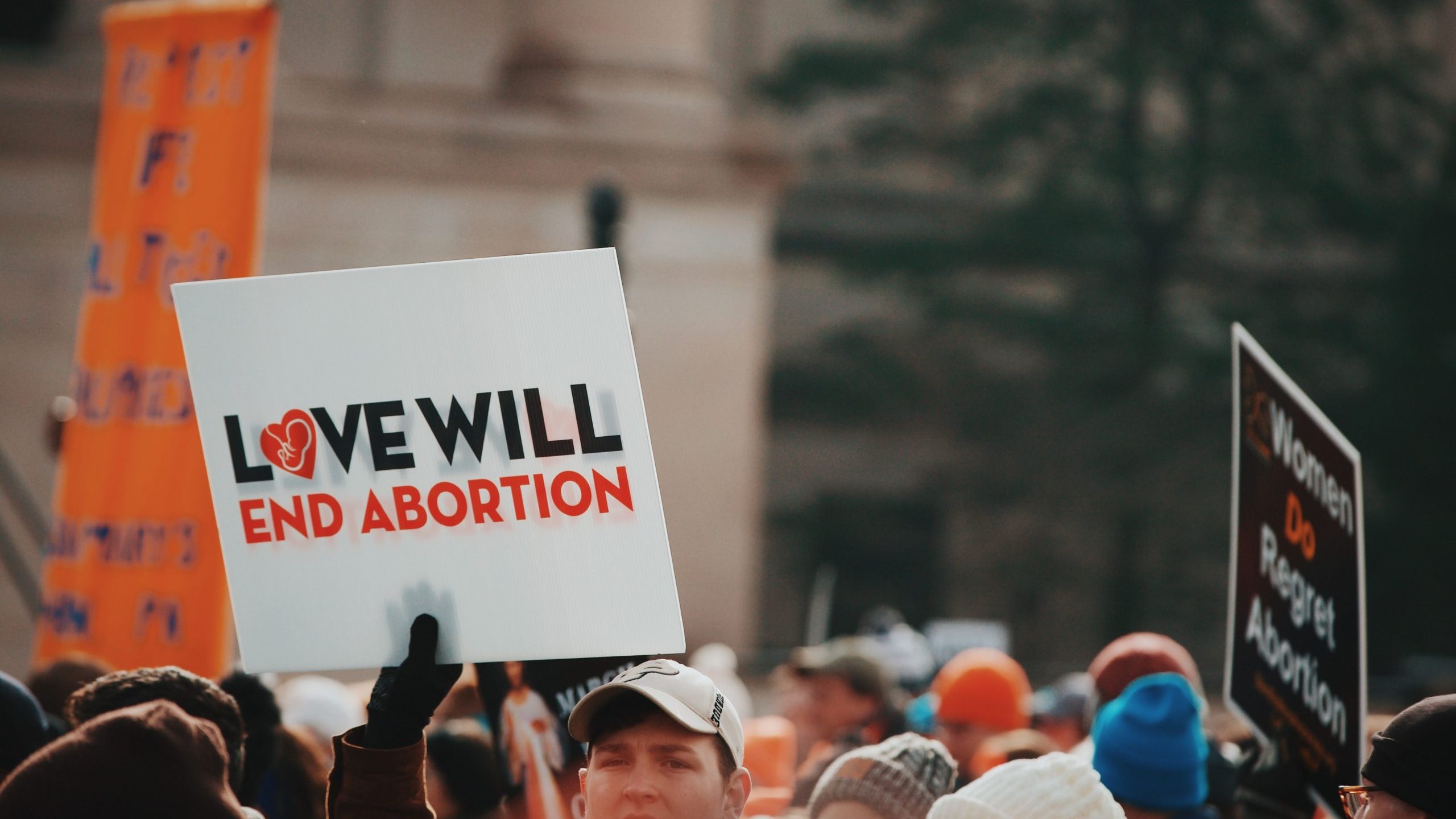 In the days following the Supreme court decision to overturn Roe V. Wade I had several conversations with my older children (5th grade and up) about abortion. As someone who’s pro-life, it was good news worth sharing (and having that type of good news is a rare occurrence). Plus I know my kids need to be educated on the important topics of our day, so it was only appropriate to talk about these current events.

One thing I noticed, however, is how easy it would be to simplify the issue and very much villainize anyone who views this issue differently than I do. For example, a child’s natural response to abortion (when raised in a pro-life family) is to say something like, “I can’t believe people want to murder babies!” or “How could anyone just go kill their baby?!” And to that, I could have shouted “Amen!” and ended the conversation. But though I don’t disagree with those statements, there’s a risk in not digging deeper in conversation.

To be clear, I do believe abortion is murder; but I also believe painting pro-abortion/pro-choice folks as those who feel good about killing babies is not entirely fair. To pro-choicers the issue is usually much more complex. When life actually begins is often in question. When cells turn into humanity is deemed unclear. And determining the lesser evil for both the child and the mother is a major tenant in their thought process. There’s many lesser motives, no doubt, but rarely are people admitting there’s a baby in the womb and it’s a good idea to kill those babies.

For example, here’s a sticky situation: Would it be better to make the 12 year old rape victim carry her pregnancy to term or would it be better to remove a just-conceived fetus that appears to merely be a teeny tiny ball of cells? Before answering, genuinely picture a 12 year old girl you know and love, and imagine what she is going through. Now ultimately, the answer is obvious to most pro-lifers (one evil act should not lead to another evil act), however, we should at least admit that many pro-choicers are not celebrating the disembodiment of small babies, rather they believe the lesser of the evils is ending a pregnancy (which in their mind is a tiny ball of cells and not a human being).

Put it this way: our kids will gladly follow our belief system if we make the other side sound like callous murderous villains. But one day they will hear there’s more to the other side… and what then?

What it comes down to is: we need to raise good thinkers. We need to raise children who know how to thoughtfully process the big issues of life. We need to help them understand the other side of our arguments. Not just with abortion, but with the sexual issues of our day, and issues related to critical race theory, and political candidates, and other economic, social and political issues they will one day take a stance on.

If our kids simply grow up agreeing with our pro-life position because they’ve come to believe every one else likes killing babies, we are not setting them up for success. Such thinking will either lead to them representing Christians poorly (with foolish arguments), or eventually ditching everything you taught them because your viewpoint doesn’t logically (and biblically) address what the world is saying.

We need to flesh out the issues, teach our kids to ask good questions, and help them think logically, biblically, and consistently.

How Do We Do This?

When it’s so easy to convince our children to see life from our perspective, how do we dig deeper so they can think critically about the issues? First, of course, we have to know how to think critically ourselves. We can’t circle around our own arguments without ever thinking through why people disagree with us. We can’t villianize our opponents or assume they are foolish brainless citizens. We need to try and see life from other people’s perspectives — even if only for a moment.

Then we need to better inform our kids in the midst of these big conversations. Don’t just explain your viewpoint; explain the gravity of the issue, and admit to them that some people see it differently. Basically, lay it all out there and talk it through. Put them (mentally) in the middle of a sticky situation. Ask your kids what they think is right, and why. Ask them if they can apply biblical principles to the issue.

Depending on the age of your kids and their intellectual capacity — these conversations may be long and ongoing. Or they may be quick and sporadic. Either way, they are crucial conversations to have while you still have a consistent influence—While you are still there to prayerfully and thoughtfully help them think through life biblically. Even if you don’t talk through every component of every big issue, the more conversations you have, the more tools you are putting in their intellectual tool belt to process these issues well.

So all that to say, get talking about the big issues, and in a deeper way than might be natural. We can’t afford to oversimplify the messes in our world. Lay it all out there and help your children sift through it, so hopefully they can head into this world with good clear biblical thinking.